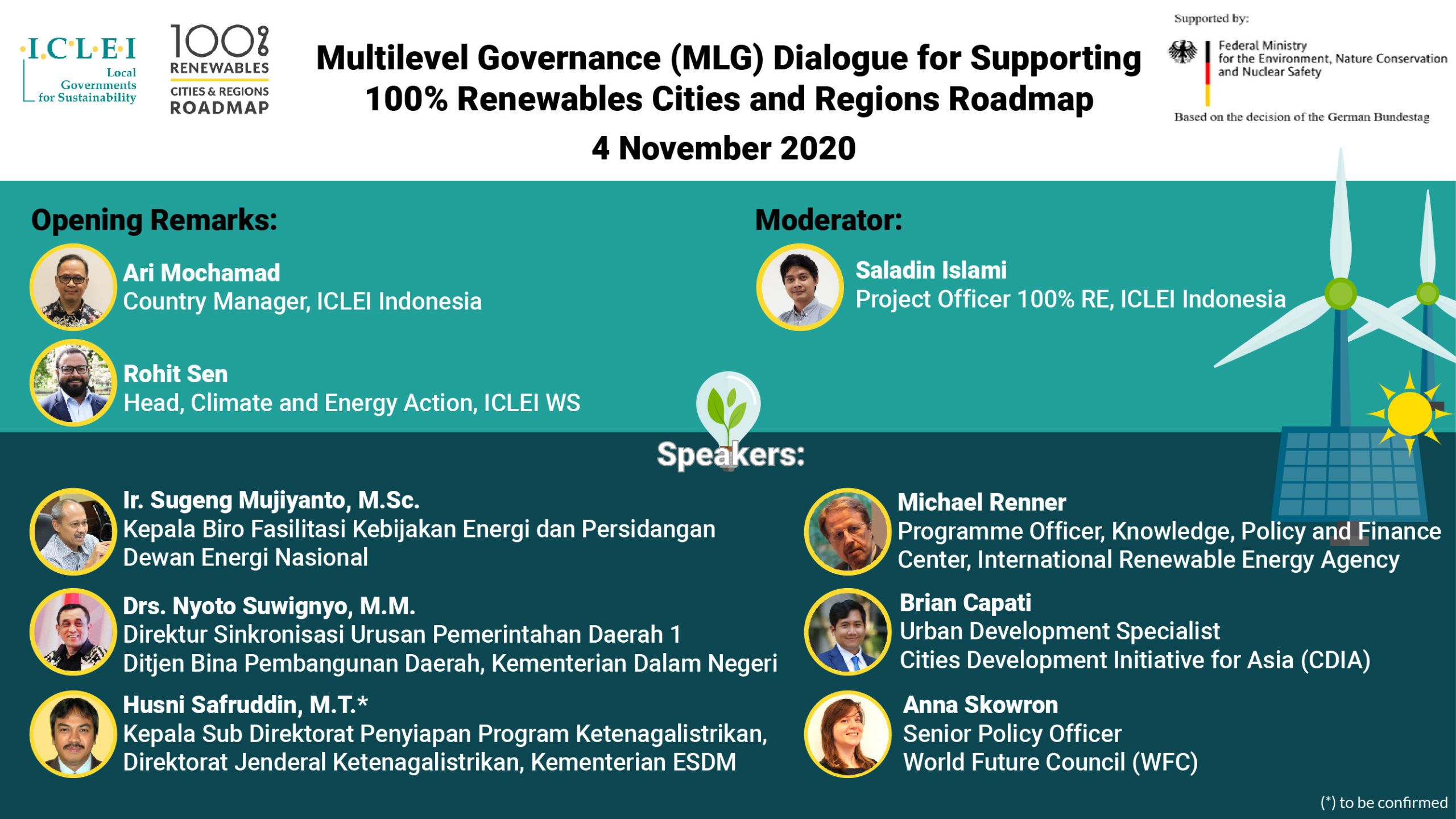 The Indonesian government has set a national RE target of at least 23% by 2025. However, the progress lacks behind the target where the renewables’ share in 2019 was only 9.15%. To accelerate the progress, Mr. Sugeng Mujiyanto from the National Energy Council suggested a significant cross-governance collaboration. He mentioned that the regional energy plan (RUED-P) has a critical part in achieving national ambition and accommodating the energy infrastructure development at the subnational level.

In addition to vertical integration, cross-sectoral coordination also needs to be strengthened. “Every department can plan and develop renewable energy and energy efficiency projects according to their respective authorities,” said Mr. Nyoto Suwignyo from the Ministry of Home Affairs. He stressed that RUED-P is interrelated with other regional documents, such as Regional Development Plans (e.g., RPJPD, RPJMD, RKPD), Spatial Planning Document (RTRW), and Regional Electricity Plan (RUKD). Thus, the energy issue is not solely the responsibility of the energy and mineral resources (ESDM) department.

Mrs. Anna Skowron from the World Future Council (WFC) stressed the benefit of multi-stakeholder partnerships to promote ownership and sustainability. She recommended close cooperation between utilities and relevant decision-makers as a crucial factor in enabling renewable energy transformation. “National governments are reassuring the electricity companies, such as PT. PLN, to prioritise renewable sources and concurrently promoting the utilisation of biomass co-firing on the existing coal power plant” said Mr. Yeni Gusrini from the Directorate of Electricity.

THE CRUCIAL PARTICIPATION OF LOCAL GOVERNMENTS

Mr. Nyoto also encouraged the participation of local governments to implement RE. Although the regulatory authority for RUED-P is limited at the provincial level, cities or regencies have the power to involve in its implementation in accordance with the fields regulated in Law Number 23/2014. Local governments’ involvement is necessary because they understand the region’s characteristics and the community’s needs. 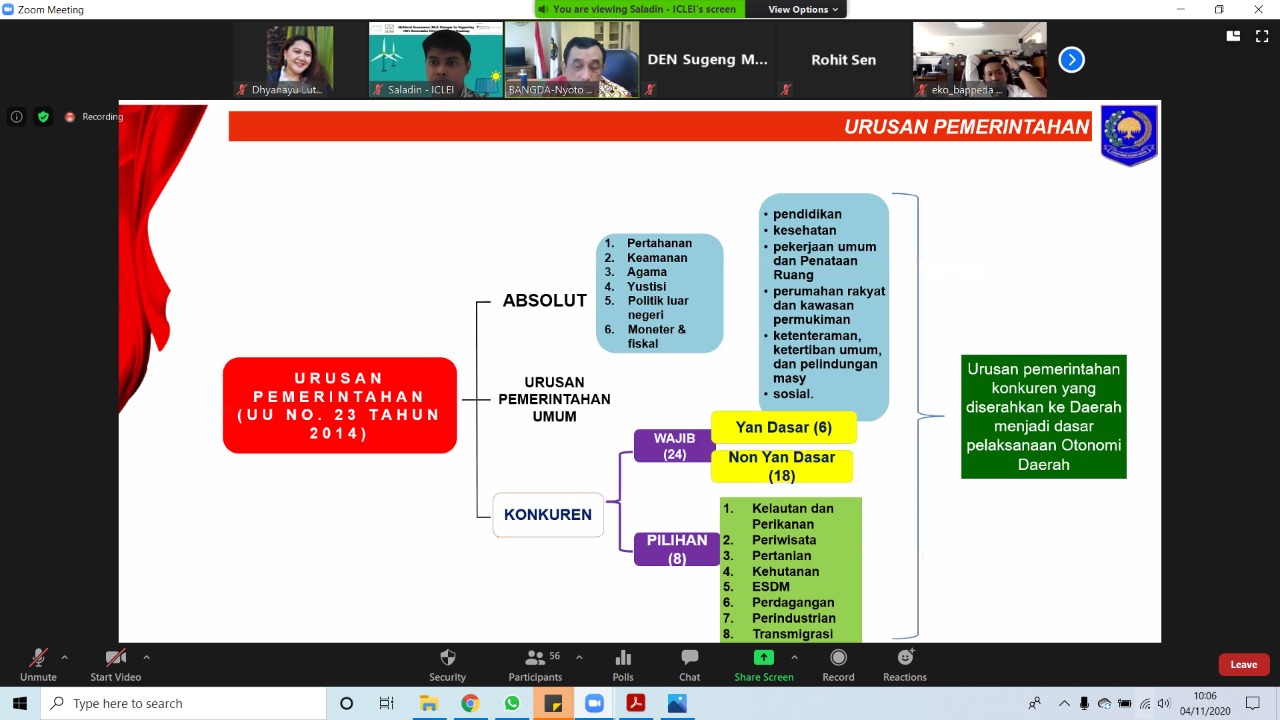 Energy sector has been listed as one out of 32 concurrent government affairs. Therefore, both regional and local governments have their own authorities related to the development of renewable energy and energy efficiency projects.

Power outages, air pollution, and climate change have been the major challenges in many urban areas. “Renewable energy can help overcome these problems, while simultaneously developing the local economy, creating local jobs, and providing health gains in cities/regencies level,” said Michael Renner from the International Renewable Energy Agency (IRENA). He also mentioned that local governments are the consumers, planners, regulators, awareness builders, and operators for their energy systems.

Local governments can also have roles as project financers although many governments have limited access to gain capital. To overcome this barrier, Cities Development Initiative for Asia (CDIA) offers technical assistance to link cities to funders. Brian Capati from CDIA mentioned that the institution supports the identification and development of urban investment projects that emphasize climate change mitigation and/or adaptation, environmental improvement, poverty reduction, and improved governance.