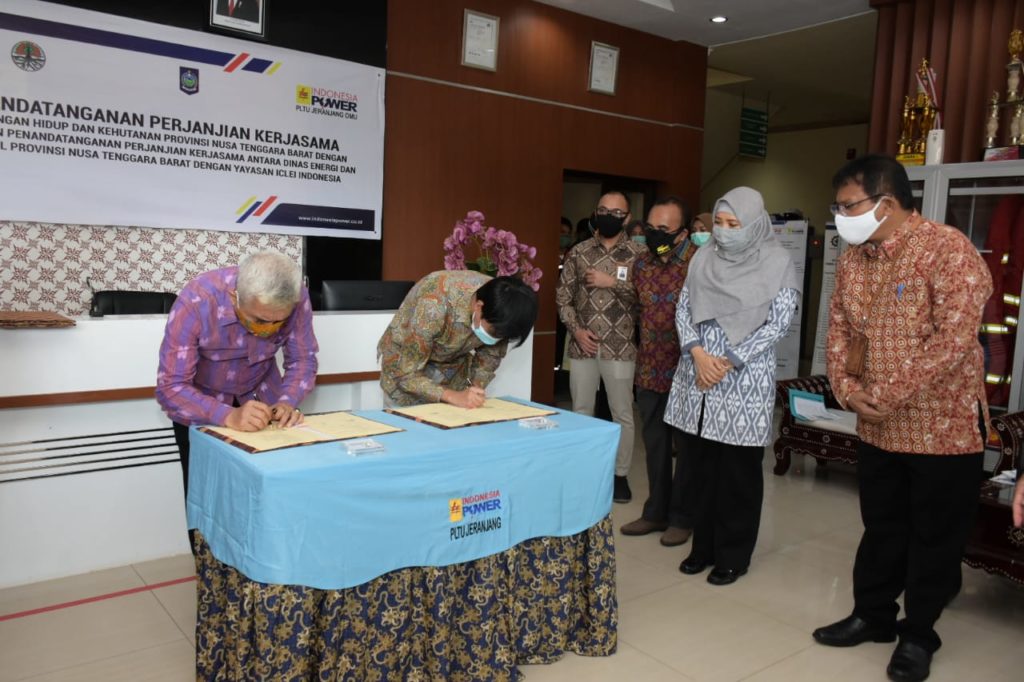 Representatives of ICLEI Indonesia and the Energy Agency signed the MoA on 21 July 2020. The MoA formalizes the partnership between the two parties as they jointly implement the 100% RE project.

Jakarta, Indonesia – Through the 100% Renewable Cities and Regions Roadmap (100% RE) project, ICLEI – Local Government for Sustainability Indonesia Office (ICLEI SEAS) and the province of West Nusa Tenggara (WNT) forged a partnership to support the province’s renewable energy development objectives. WNT has a commitment in clean energy transition, as evidenced by the ratification of the Regional Energy Plan (RUED-P) in 2019, and setting the target of 50% renewable energy in the electricity sector by 2050.

A series of meetings and workshops were conducted to finally come up with partnership agreements between ICLEI SEAS, WNT, and the province’s involved agencies. The following items are the events which led to the finalization of the partnership:

FORGING PARTNERSHIP TOWARDS RE DEVELOPMENT

The MoU is the basis of collaboration between ICLEI Indonesia and WNT Province to achieve the goals of 100% RE project. This document was jointly drafted with the Cooperation Bureau of the WNT government which appointed the Head of the Energy Agency as the project implementation coordinator in WNT.

The MoA, on the other hand, will serve as a basis for 100% RE project activities and the roles that WNT will take in its implementation. The MoA further describes the scopes, roles and responsibilities, and rights and obligations that will be implemented from 2020 to 2023.

“The 100% RE project is in line with the mission of the Governor to realize Nusa Terang Benderang in WNT through the utilization of renewable energy in an optimal, integrated and sustainable way.” said Mr. Hasbi, representative of the Cooperation Bureau of WNT province.

The MoA was signed between the two parties on 21 July 2020 which was represented by Mr. Saladin Islami from ICLEI Indonesia and Mr. Mohammad Husni from the Energy Agency of WNT. Mrs. Sitti Rohmi Djalilah, Vice Governor of WNT, was also present in the event as the witness. 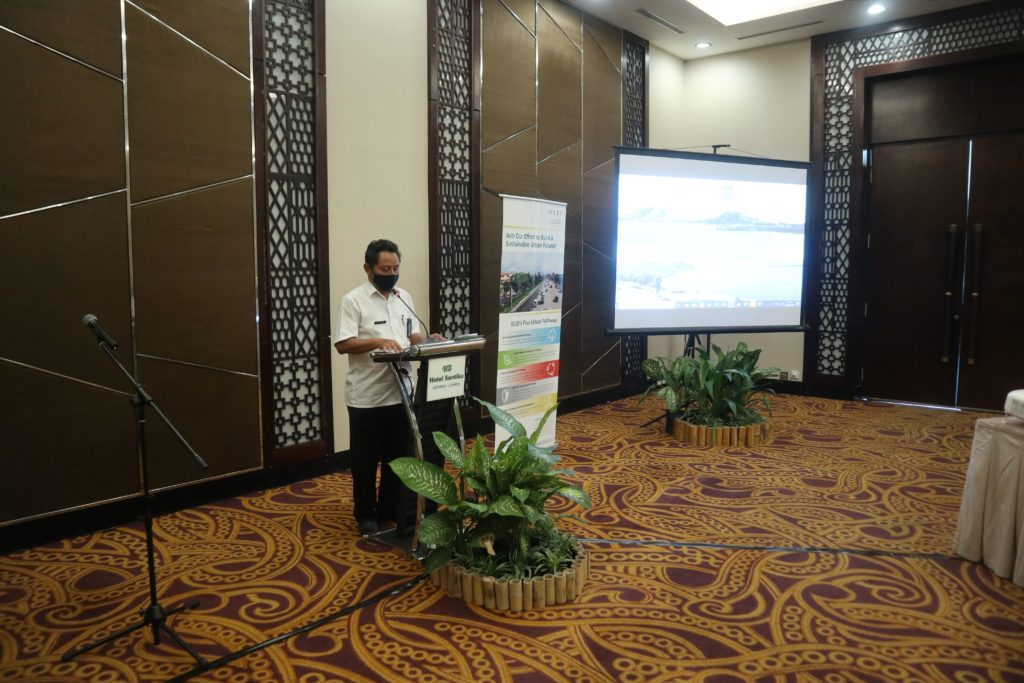 Mr. Yuliadi Ismono, Head of Energy of the Department of Energy and Mineral Resource, emphasized the urgency of the clean energy transition during the opening remarks. He accentuated that a strong stakeholders collaboration is required to accelerate the utilization of renewable energy in West Nusa Tenggara.

Following the finalization of the MoU and MoA between ICLEI and WNT, a Deep-dive kickoff workshop was organized for WNT, Mataram City, and Sumbawa Regency. This workshop aimed to show an initial commitment to renewable energy development carried out by the region in support of the achievement of the Indonesian government’s NDC targets.

In the opening, Yuliadi Ismono, Head of Energy and Mineral Resources Agency of WNT, said “WNT Province has the potential for renewable energy that can be managed and utilized through the 100% RE program to support the Government of Indonesia’s energy security strategy”. Currently, the solar power plant has been utilized and produces 41.04 MW of energy. For bioenergy, cultivation land has been prepared and the process enters the planning stage, while geothermal energy is currently not yet utilized. 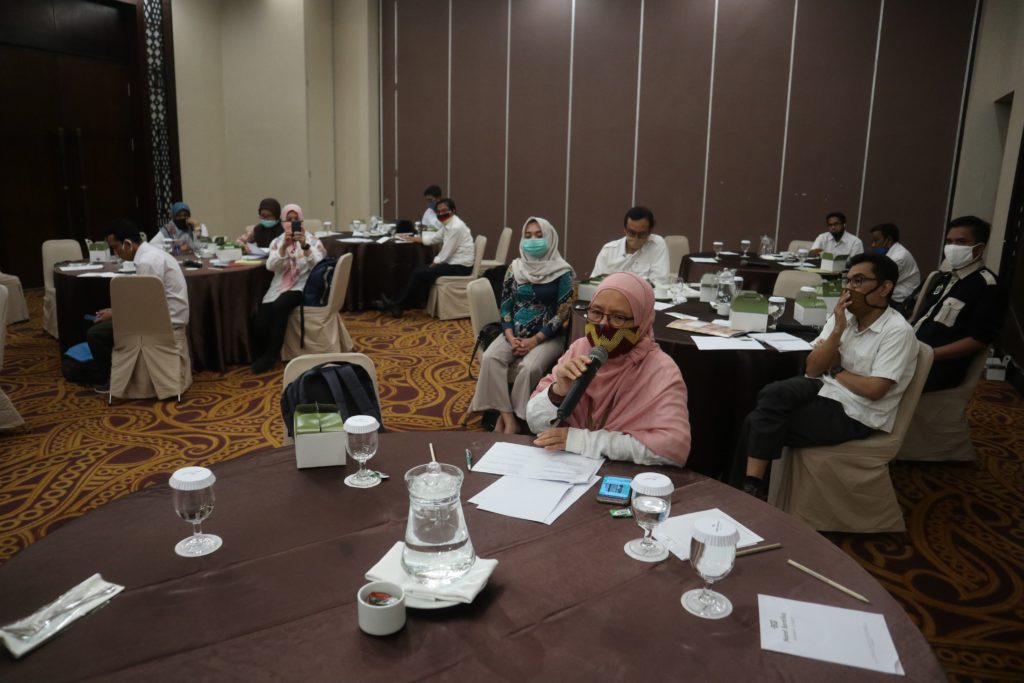 The 100% RE project hopes that the government of WNT Province, Mataram City, Sumbawa Regency and related stakeholders can provide support by providing relevant information to complete the data collection for energy modeling to optimally support local governments in developing renewable energy roadmap.